5 Nights at Vicar St = SOLD OUT 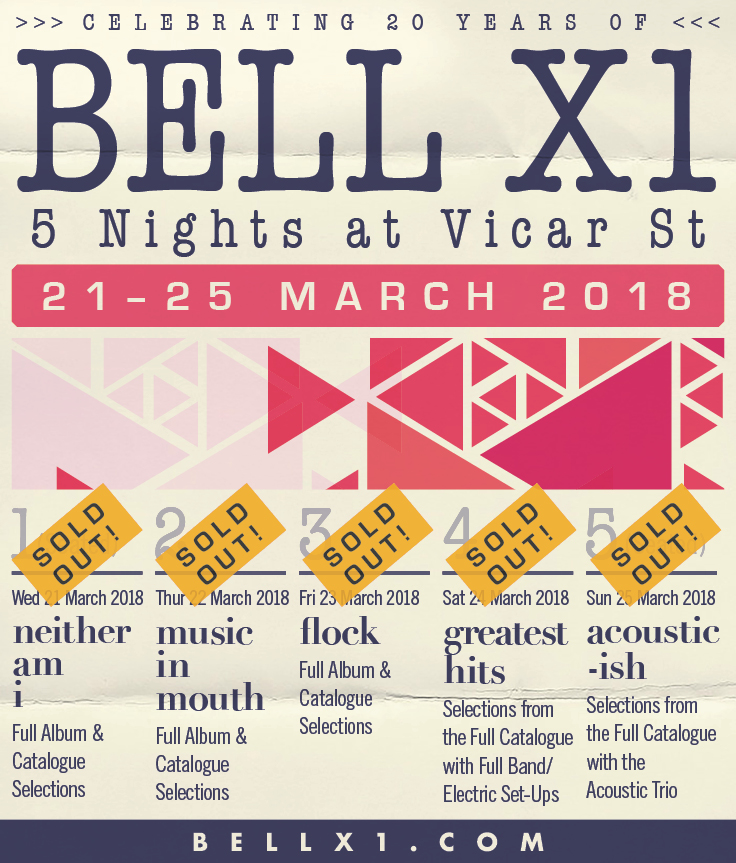 All shows on sale FRI 18 NOV 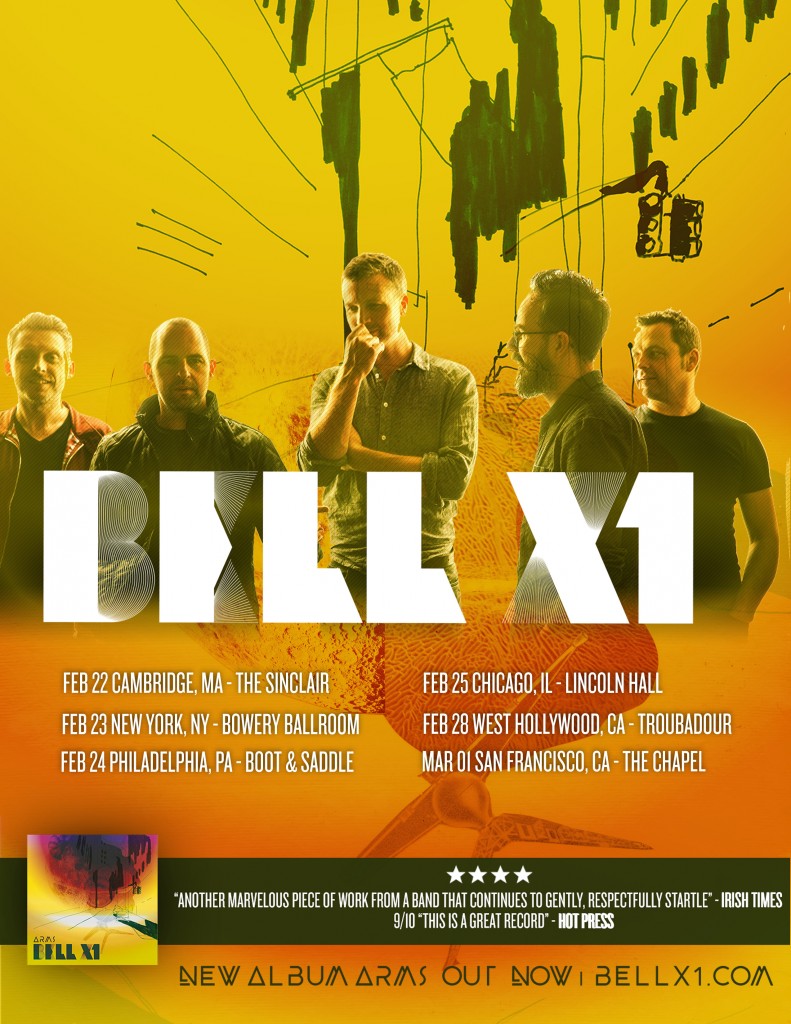 To celebrate the release of their new album, Bell X1 return to Australia this Dec !! 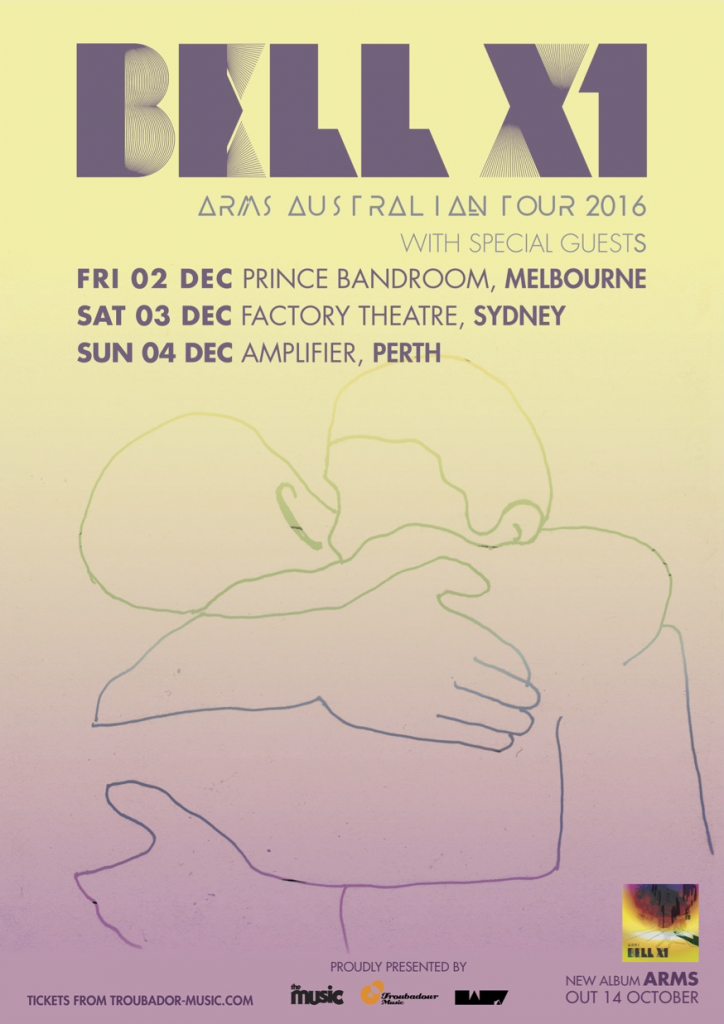 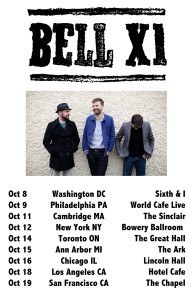 Most pleased to announce 2013 Chop Chop Tour Dates in North America..  All shows go on sale this Friday & Saturday!

Pleased to premiere the new album Chop Chop @ The National Concert Hall in Dublin on June 29th.  Tickets on sale this Friday (Feb 22) at The NCH Box Office or online at NCH.ie.  Chop Chop will be available on June 28th.

A song from the new record.

Going through US Immigration has always made me feel like a child being summoned before a stern adult to answer for stuff. Usually the stern thaws, warmed by a shared love of music…”I play a little myself…”
I get nervous, I’m too quick to put my fingers on the scanner, I stumble over my words. It’s as if I need to remember some bullshit story when grilled about the trip. I do not. The truth will do. Actually, this time, when asked to confirm that the bag on the screen was mine, I lied. It was Dominic’s. I could see him at the next counter and knew that he’d be shown a picture of my bag. If I say it’s not mine, and explain that it’s his, there might be grief… but if he tells the truth and I don’t, then I might end up getting the glove! I see Dom walk away, so presume that he went with the lie. I do too. I am Jason Bourne…
The last couple of times in Dublin our passage through immigration has been eased by a lovely lady called Irene, who we learned yesterday is off sick from work. Get well soon Irene.
The officer that processed me was called Murphy. His silver wedding ring was of Celtic design. I wondered if he had sought out his posting in Dublin, his excitement when it came through, him seeking out family in the the Old Country. Surely he wouldn’t give a Singer of Eire a hard time, on his way to make music in Americae…
“Have a good trip sir, I hope the record goes well”
Lovely

As we begin 2013, we find ourselves in Bridgeport, CT recording the new album with Producers Peter Katis & Thomas Bartlett. Happy to be doing so @ Peter’s studio (Tarquin Studios) – a lovely old place in Bridgeport, Connecticut where some of our favorite records of the past decade have been made!